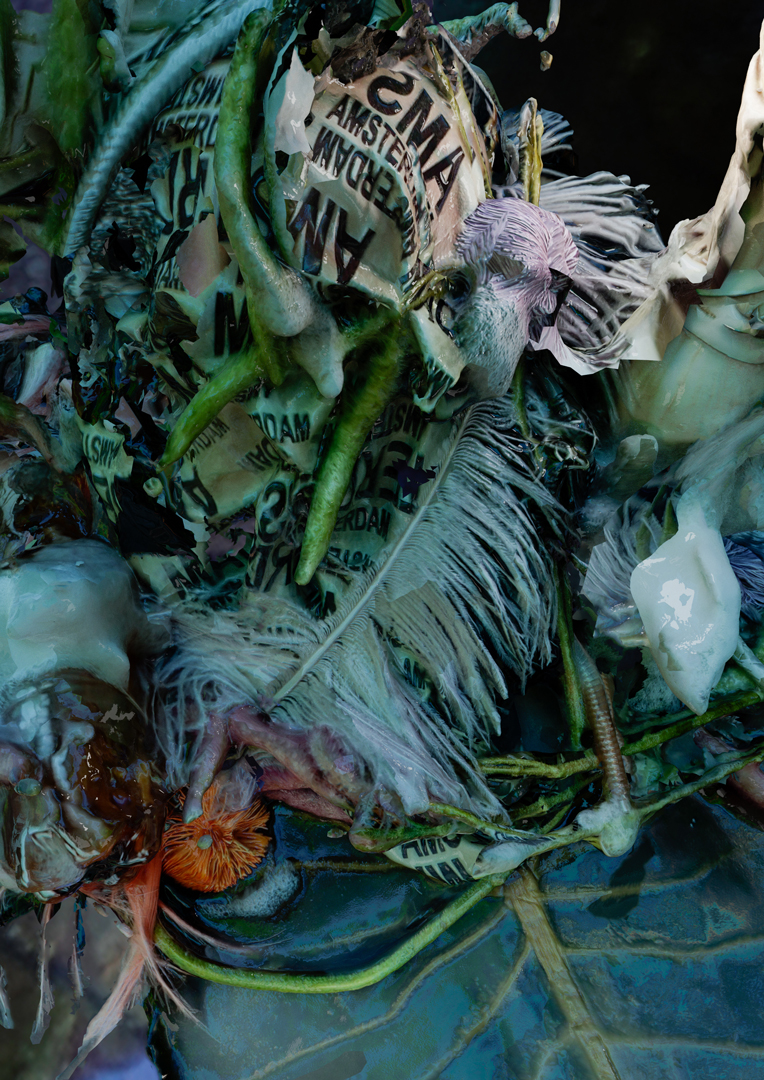 Offerings are 3D scanned compositions of organic and human-made objects.  All photographs are digital renders of the 3D scans of actual installations developed in collaboration with material researcher Piet Langeveld. Through the ritual of 3D scanning, the offerings were preserved in the infinite digital realm. Their inorganic parts merged and adopted organic qualities, transforming the real-life form into the interconnected digital matter to serve as a time capsule for its mortal materiality. Offerings are visual speculation on what the material future holds.
Each offering is later transformed into an animated video loop.